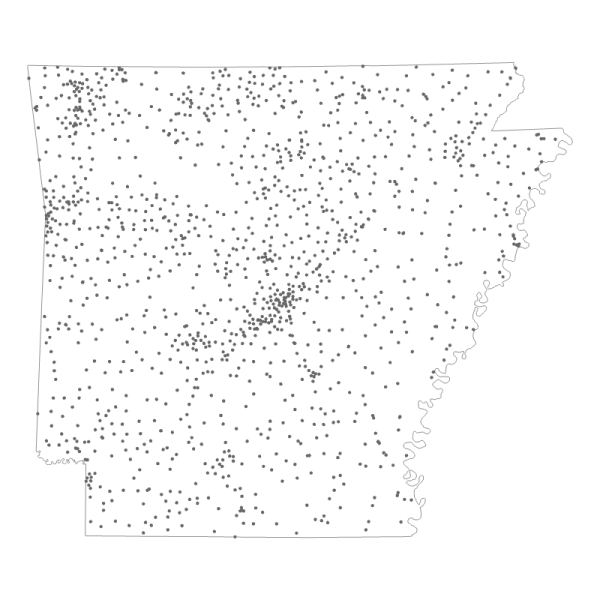 Fire Stations in Arkansas Any location where fire fighters are stationed at, or based out of, or where equipment that such personnel use in carrying out their jobs is stored for ready use. Fire Departments not having a permanent location are included, in which case their location has been depicted in the approximate center of the area served. This dataset includes those locations primarily engaged in forest or grasslands fire fighting, including fire lookout towers, provided the towers are in current use for fire protection purposes. This dataset includes both private and governmental entities. Text fields in this dataset have been set to all upper case to facilitate consistent database engine search results. All diacritics (e.g. the German umlaut or the Spanish tilde) have been replaced with their closest equivalent English character to facilitate use with database systems that may not support diacritics.