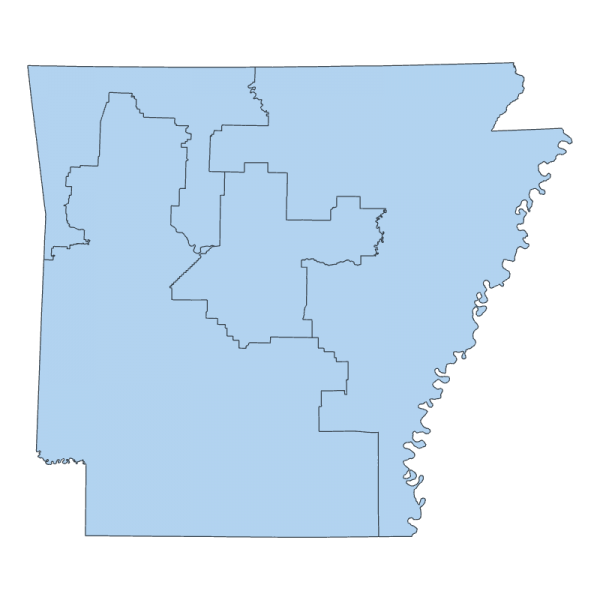 This file depicts the redistricted boundary of the four (4) Congressional Districts of Arkansas enacted by Act 1242 of the 88th General Assembly of the State Legislature. The file contains attribute information about the districts such as district number, and the population of each district, and other related information.